Life Gave Me the Bird

Fridays are my writing days. I don't have to go to my day job. I get to sleep in. I'm a morning person, so that means I'm up and going before 8am. Unless my rotten husband has kept me up late watching Supernatural or some other Netflix temptation. Still, I'm up by 8:30am. So much to do, so little time. 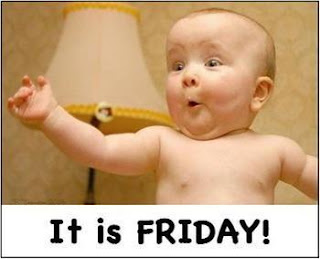 A few Fridays ago, I got up before 8am, exercised, showered and was in the midst of getting ready when the hubby finally rolled out of the house for work.

On a side note, my hubby is not a morning person, and I find it intensely gratifying to harass him until he gets out of bed. Flickering lights, curtains flung open, tickling toes, stealing blankets...I pretty much torture him. I may not go to heaven anyway, might as well make the most of it, right?

As I'm drying my hair, I hear a strange, metallic scratching sound. I thought it was the garage door or something, and ignored it. When it happened again, I continued to ignore it so I could finish my hair.

Don't judge me. My hair is fickle, and if I don't do it all at once, horrible, fluffy things happen.

Let's also note that we have indeed been watching Supernatural. I've never seen it before, so we're in the first few seasons where they go up against all of the good old urban legends. Creepy. I don't like weird noises.

The sound goes away. I'm ready for one last, intense session of outlining for my Jagged Scars series, I get breakfast, break out the lap top, position the TV tray, set everything down, sit down, am about to take a bite of my turkey sausage and egg white breakfast burrito (which tastes better than it sounded just then) and the scratching starts again.

I'm out of the couch and half way across the room before I realize that 1) I somehow managed to put my burrito down safely and 2) the sound is coming from the fireplace.

Scratching. Fireplace. In the living room. I have to put my heart back in my chest and take a few breaths before I can think straight.

Only once before in my life have I encountered something in my fireplace. It was a bird. That time I could hear the poor thing flapping. This intruder was just scratching.

Wonderful. I've never opened the doors to the fireplace, let alone figured out how to open the flue. And there could be a giant rat in there, which would drop down and dart around me and into the house. And it could be big enough to ram the doors hard enough to get out even if I did manage to get the glass doors closed before it could escape.

So what did I want? A giant rat in my house, or was I willing to listen to frantic, scratching noises all day until the hubby came home?

It only took me a few minutes to realize, the answer was neither.

I don't like wild animals. At all. Nature is great when it stays outside. I'm all for keeping it there.

But the scratching kept coming, and even with music on and all the way in my office, I could hear it. Crazed, angry, insistent claws on metal that, each time it sounded, made the hair on the back of my neck stand on end.

Let's also mention that I was about to embark on a very sensitive time of the month.

I only lasted about an hour before I decided something had to be done. But I was NOT going to open that door or the flue. No, no, no.

In today's world, what does one do when you have a problem? That's right, Google.

The mighty Google suggested that for a rodent down a chimney, to drop a rope for it to climb out with.

That sounds so easy. But remember, we've only lived her for two years, and neither of us had a house before that. So we're lacking a few things. Two of them being a rope that's bigger than twine, and a ladder that reaches the roof.

Seriously, I never knew how many things you needed to maintain a house.

By this point my independent nature had come out to see what was up, and decided that I could put my big girl pants on and get this thing done all by myself! As long as I didn't have to open the flue. 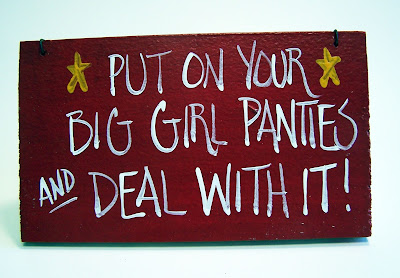 First problem, a ladder. Can't drop a rope if I can't get on the roof. So I sent a text to one of my neighbors, seeing if her hubby (who works nights) was up and if they had a ladder I could borrow. After an array of text messages and calls, her hubby dropped off the ladder and set it up for me.

I looked at the top of the ladder and noticed that it didn't extend very far above the roof.

At that moment, the rain started, and I said, "I guess I'll do this later. Don't want to go up there in the rain." My awesome neighbor left. I waited until  he was long gone, before gingerly climbing up the ladder until my head came even with the rain gutter.

The foot of ladder above the gutter instilled nothing but horror. The quick jerk I gave it dispelled any notions that I would be climbing up that thing without backup. I could get up, but that remount on the way down was going to be way too sketchy.

At this point I'd burned a good hour and a half, and had a lunch appointment. So I left for two hours, had a lovely time a lunch, watched the weather turn from rain to sleet to hail and back again before finally sort of cleared up.

By the time I got home, the sun was shining.

Big girl pants, just kept chanting in my mind, so I bugged my neighbor again and borrowed his two boys to come and be my back up.

I tried to sound tough as I nonchalantly asked them to hold the ladder while I climbed up and took care of the problem. The younger of the two asked, "What if whatever is in there climbs up while you're still up there?"

Great, there goes my cool demeanor.  I said,  "Well, you'll probably hear a lot of screaming."

I think he encouraged me not to fall off if that happened. Thanks, kid.

I have to admit, I got on the roof like a pro. I found the small hole in the mesh around the chimney cap, tied a tiny screwdriver to the rope I'd bought at Lowes, then lowered it down. I then tied the rope off, took a picture (duh, this is 2015) and then climbed back down.

Good thing for the boys, or I would have taken forever to get onto the ladder. Because they were watching, and I couldn't look weak, I only shook once before descending. I said thanks. They left. I went back inside and waited.

Hooray! I did it!

Time for some writing. Book 4 was still having some problems in the Bad Guys....

I froze and glared through the wall into the living room.

By this point it was late afternoon, so I gave my hubby a call. I told him what had happened, told him that I was supposed to meet his sister for dinner and shopping, and that I officially turned the problem over to him.

Tag honey, you're it.

I feel bad that I didn't feel bad just leaving him to it. By himself. Probably because he said, "Oh, is that what's been making that scratching sound since yesterday morning?"

Turns out it was a bird. The hubby didn't Google (he's a man, and that would be like asking for directions) so after getting it out of the flue, he grabbed it and tossed it out the door. At least he put gloves on. Google would have told him to toss a shirt or something over it to calm it down. Instead, he almost got pecked. But not quite, so he's good.

And I supposed he's my hero.

And I still have to get back on the roof to patch the mesh around the cap.