Why Comic Con and PMS Don’t Go Together

I’ve been to conventions before. Star Wars, Star Trek, writing, reading, work related...but my crowning jewel is Salt Lake City Comic Con. I’ve been three times now. And once to FanEx, if you’re counting that. 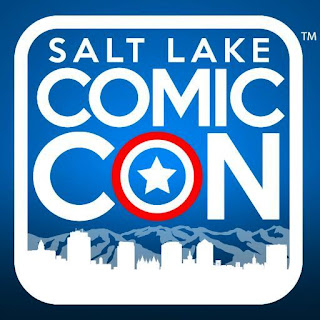 I’ve never been to a different Comic Con, but I figure it can’t be that different. Size and shape may vary, but considering the subject matter, the basics have to be similar. Crazed geeks run around in caped costumes or funny t-shirts, looking at geeky merchandise like its gold, wading through the artist and author booths searching for a diamond in the rough, waiting in long lines to catch a glimpse of their favorite celebrities or doing their happy dance when they get 8 whole seconds with said celebrity for a photo op.

Yes, they can really do it in 8 seconds. I was there. I counted. 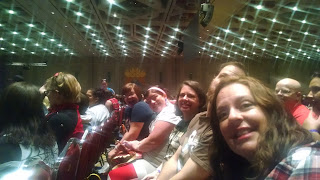 All of these things are wonderful. And terrible. And if you’re PMSing, you should probably bring a chocolate/caffeine IV and shove it under your Carmon SanDiego trench coat. And pop a pain pill every two hours. Ignore the warnings, the condition of your feet will be much, much worse.

First off, people touch you. Everywhere. Pretty sure no one was doing it on purpose, but frankly, who can tell?

My husband is a big guy—tall and wide. So I’m used to getting pushed around by his gut. (On the flip side, he’s great for parting a crowd, but I need to install brake lights.) I’m quite conscious of my own spatial footprint as well, and I do my best not to intrude on others.

Well, standing in line for one of the 8-second photo ops (there should be a rodeo reference here, but my mind is drawing a blank) there was a man of similar size and girth behind me. And granted, they did squish two lines together, and most of us were bigger people. But I’m pretty sure that it wasn’t necessary for the guy to be rubbing his gut on my back. For twenty minutes.

Each and every time I found some space to move forward, he closed the gap again. His wife said nothing, and I’ve determined that he’s one of those guys who doesn’t even think about it. He probably tailgates the person in front of him on the freeway, no matter how slow or fast they’re going. It’s his happy place.

Eventually I found a spot where I could take a few steps forward. I did so, then conveniently turned with my elbow out to speak with one of the girls I was with as he stepped in.

Take that buddy. I still have some ninja skills. He apologized (so did I, fake is it might have been) and he finally backed off. Of course we were only in line for another minute or so.

Other things that might send a PMSing woman over the edge are: 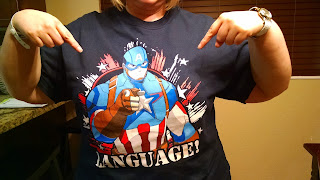 Teenagers, in all of their glory
Clueless adults
Vendors not listing the price of their items where you can see it
Having to turn left in the vendor booth area
Waiting in lines
The smell
The noise
The lack of anything resembling healthy food (this is okay for the first two days…)
Tiny seats and big butts
Costumes with tall hats
Your cape getting caught on something (Edna knows what she’s talking about)
Concrete floors
Yourself as you get more and more irritable
The bathrooms being nowhere near where you are (although the men lines were longer than the women lines, which was somewhat refreshing) 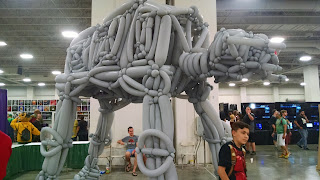 However, unless one of these things will actually induce you to violence, go anyway. Hide some chocolate in your pack and brave the crowds. It’s awesome. It’s annoying. It’s hysterical. It’s amazing. It’s geek life at its finest! Where else can you see a balloon AT-AT walker pointed at the T.A.R.D.I.S.? (Or close anyway.)

But don’t forget the drugs.

I just realized that I haven't reported on my crazy August plan for writing. If you didn't catch it the first time, click here.

The plan was to work on three short stories. One of them was mostly finished, the other two were in the rough to second draft stage. So not too stressful. Or so I thought. This is apparently what happens when I think too hard.

The first story, the one I thought was the closest to being finished, is now dead to me. I've rewritten the dang think four times, and the first chapter another three times. It still sucks.

Well, no, it doesn't suck, it's just not great.

A few months ago, my mean editor friend ripped it to shreds (which is her job) and told me the story didn't work for my goal. I needed to show the characters in a different light, having a fun adventure in their homeland. 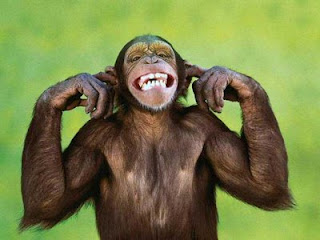 I pretended she wasn't right. Figured I could tweak what I had to work. Which didn't work.

Sometimes I really hate her.

On the other hand, a friend of mine, quite successful in the Indie realm, actually told me that I should just toss the story up on Amazon. Who cares if it's not great?

Uh, I care. Which may or may not be a good or bad thing in the long run, but for now, that particular story has been put in time-out. The reason being (after my mean editor's comments and me trying to fix it) that too many of my beta readers said, "I don't really care about your characters until the second or third chapter."

Of a six chapter story.

Great. Just great. The whole point of these stories is to push people toward the novels that the characters are in. So I grumbled, tried to fix it again, and then tossed it over my shoulder and have ignored it for the past four weeks. Lalalalalala...

The other two stories went better. One is almost ready to be put out, and the other is in a solid, second draft stage. I need to do my own revisions on it and then beg for more beta readers. I wanted to have them ready to be put up on Amazon by the end of this month, but that's not going to happen. Maybe for Halloween.

Good idea. I'll see what I can do about that.

Technically I failed in my original plan, but August really propelled me forward. I got stuff written, I decided to write another short story for a horror anthology in a totally different style than my usual (it's in round 2 and going well so far) and it planted the seed for the craziest writing plan I've ever tackled. Ever. It's going to be awesome. Stay tuned for updates!
Posted by -Jo- at 5:00 AM No comments: