Twice a week my sisters and I go to my parent's house. My mom has dementia, and my dad is still taking care of her, so we go over to make sure my mom gets a good shower and my dad gets adult conversation.

If you've ever been alone with a couple of little kids for days at a time, you know exactly what I'm talking about.

Well, a few weeks ago, my twelve year old nephew came with his mom. He had my book, Fractured Memories, in his hand and a very serious look on his face.

He looked at me gravely and said, “Jo, I think I found a mistake in your book.”

Now I'm thinking typo or something like that, so I shrugged and said, “Probably, it's hard to get a perfect copy edit.” 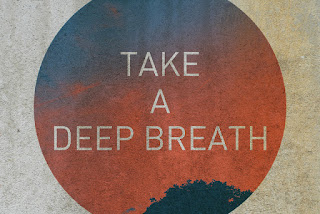 He shook his head. “No, I mean a...” He trailed off. Then he asked me if I'd ever studied math...drat I can't think of what exactly he asked. It sounded like math theory or something. Anyway, I was like, “Uh, no.” In my mind I was like, “Where does he come up with this stuff??”

So he sits up straight, wiggles his little butt, opens my book—which he has two post it notes in—and starts to read this paragraph:

The man on the right stepped in, so she went for him first. Before she got there, someone caught her shoulder from behind. She and Pelton had run through this scenario a thousand times. She ducked, swiveled around behind the man, wrapped her arms around his neck and had both of her knives at his throat before he could do anything.

My nephew was confused. I can see why. Action scenes are hard to describe in general, and it’s often better to be vague and let the audience fill in the gaps. After I understood his question, which was about how one second there was someone behind her and the next there wasn’t, I said, “Stand up, we’ll play it out.” 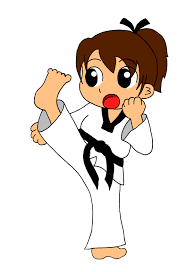 So there we were, my oldest sister, my youngest nephew and I all acting out a fight scene.

It’s a bit difficult to direct people when they don’t have any fighting experience, but after a few tries, I lunged for my sister, and had my nephew grab my shoulder from behind. Then I turned, went around him, got behind him and crossed my wrists in front of his neck.

I may have also impressed my sister.

We laughed and he showed me something else he didn’t like in the book. I smiled and noted his comments.

I’ve taken all sorts of criticism about my books, and it’s always tricky. Honestly, when my nephew started talking math talk I was instantly irritated. Like a twelve year old knows more than I do about math, and what did it have to do with my book? He was just trying to look smart in front of everyone.

But I took a breath and shoved those thoughts aside and asked him to explain. He’s not a strong reader yet, and what I took out of the conversation was that he’s probably not quite ready for my writing style. Good to know when parents ask me about it.

Either that or I could restructure my action scenes. Which I’ll also be looking at.

I guess what I’m trying to say is that a critique, no matter where it comes from, can have some merit. But don’t listen to haters. They’re just annoying.